Tyler is the oldest son of Angela and is also the oldest grandchild to Joe & Margie Reese. Tyler has worked full-time for Reese Heating & Air since December 2010. He literally grew up in the business, his grandmother brought him to the office as a baby, he would come to the office as a child with his mom, later he went on jobs with his dad, learned sheet metal work in the shop and is still learning a slew of invaluable information from his grandfather, it is truly second nature to him. He is our lead service technician and helps oversee replacement jobs. Tyler has been married to his wife Kiersten since October 2016 and they have two daughters.

Angela is the oldest daughter of Joe & Margie Reese. She started working in the office on summer breaks from school in 1987 and has worked full-time for Reese Heating & Air since she graduated high school in June 1992. Angela has been married to her husband Timothy since February 1991, they have two sons and two granddaughters.

Joey is the oldest son of Joe & Margie. Joey started working in the field as a helper on his summer breaks from school in 1985. He has worked full-time for Reese Heating & Air since he graduated high school in June 1990. He is a job supervisor for the installation department. Joey has been married to his wife Wendy since June 1999, they have 3 children.

Margie is the wife of Joe and the office manager of Bobby Reese, Inc. Margie has worked for Reese Heating & Air since July 1991 when she brought her knowledge of computers and new technology to the offices.

Joe is the owner and President of Bobby Reese, Inc. Joe started learning how to repair air conditioners and furnaces as a child going on service calls with his father, Bobby, working at the family business owned by his grandfather, C.H. Reese. He continued working there in the summers and part time during high school and started working full time after he graduated high school in 1972.  He was Vice-President of Bobby Reese, Inc. until his father retired. Joe and Margie have been married since June 1971. They have 4 children, 10 grandchildren and 2 great-grandchildren. 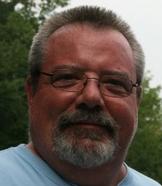 We are a true family owned and operated HVAC business with deep roots in middle Tennessee.

Quality has been our family tradition for over 100 years and 5 generations!